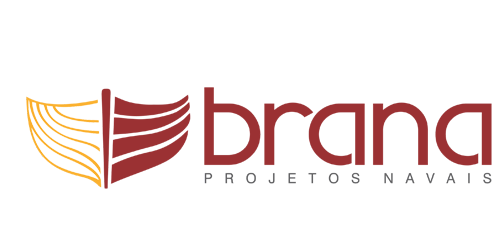 BRANA is a company driven to develop courses and naval projects for small boats. We’re sprung by passion of nautical culture and strive to create a community of like-minded individuals. Our mission is to meet a demand, yet asleep in Brazil, for courses and projects of small pleasure and service vessels.

In a country that has more than 4 thousand miles of coast and thousands of miles of navigable rivers, all beside a huge population which has yet to discover the interest to the sea, rivers and lakes that surround them. Our goal is to develop a nautical culture, being a part of this discover and perhaps the catalyzer for the creation of the conditions for courses in the nautical sector to thrive in our country.

We believe – kind of utopian, it’s true – that we will see in Brazil the nautical culture grow and develop by the sea and to the sea.

If you also believe, you’re in the same boat as we, and you’re invited to come aboard. BRANA was born from the collaboration between professionals and amateurs, to create a net that links all the enthusiasts and spreads the knowledge. If you’re a designer, join us. But if you’re just curious, come and be surprised!

Born in Minas Gerais, Brazil, works now in Rio de Janeiro. Have always been curious about boats and became a true researcher in small boats sector since the graduation in Naval Architecture and Marine Engineer in the Federal University of Rio de Janeiro, in 2013.
As a professional sailor, has raced in Laser and Snipe classes, and in ORC has participated in the main events of the kind, such as the Santos – Rio International Regatta.
He’s a boat lover above all, and believes that people in Brazil can become more confident about its potential through the sea and the thousands of miles of navigable rivers in Brazil.

He’s a yacht designer graduated in The Landing School, Maine, US, where also teached and designed in the Yacht Design Course. Surfer and kite surfer, after more than 10 years ahead of a IT company as co-founder and director, decided to carry on a movement towards a career that could combine his passion for the sea with his abilities as a solution maker, artist and designer. He also believes in a nautical potential in Brazil and desires to contribute to it so people can have a closer relation with the sea